The Hand of God at Work

A little over a year ago, I resigned my position as Children’s Minister at FBC Springville.  For months, I prayed that God would direct me as to where he wanted my ministry to go – and in what form.  Little did I know that during the entire time I was praying, God was preparing that place of ministry.  Of course, I had no idea what He was doing behind the scenes.  I was preparing along the lines of a bi-vocational pastor or a part-time associate pastor or the like.  My wife Patty, of course, was telling me that she really believed God was calling me to a some kind of ministry outside the traditional church walls.  As an ordained minister, that was difficult to believe or swallow – until such time as it became clear that was what God had in mind also.

It is not as if I have not been ministering… or at least serving… in my home church, NorthPark Baptist, I have been blessed to be able to teach a number of discipleship classes including a series on Colossians, one on James, and most recently one on Philippians.  I also get to teach Sunday School now and then and do a little bit of pulpit supply as God and opportunity allows.  A few weeks ago, I was in prayer and reflecting on the state of my ministry and service.  I was telling God that while I was perfectly content doing what I was doing if that was His will, He would have to show me more directly if he wanted me doing something else… or different.  That very same day, my nephew, Chris Bond, contacted me.

Chris is the founder and director of a non-profit mission-oriented organization called Designs for Hope (www.designsforhope.org).  Chris and his organization had designed a bicycle powered battery charger used to provide low-voltage DC power to people in developing countries.  The goal of his organization is to use this design and others like it to help advance the gospel by equipping and empowering pastors and church leaders and opening the door of the gospel in the developing countries.  I had known about his organization and had even done a little bit of fund raising for him to help get the ministry off the ground.  Now Chris wanted me to come onboard to help find placements for the device overseas.  Coincidence?  I think not, and it did not take long in prayer to rule out any doubts otherwise.

I have met so many new people working to advance the kingdom.  I have discovered and learned about so many ministries I never knew existed. While I thought I might have trouble finding contacts interested in what Designs for Hope was offering for the Cause of Christ, it has turned out that EVERYWHERE I turn, I have found good, godly people working to spread the gospel and willing to talk to and in some cases work with Designs for Hope.  Although I worried I might have to scrimp and scrape to find contacts, it turns out they are everywhere waiting to be found.  Friends of friends.  Ministries known by people I know.  A little internet research here and there.  People working in Uganda, Zambia, Tanzania, India, and the like.  People working at orphanages, working with local churches and pastors, sending teams of short term missionaries, providing bicycles for the poor (duh, think that’s not a partnership divinely appointed?).  It is simply unbelievable.  People, let me tell you something… GOD IS AT WORK IN THIS WORLD IN WAYS YOU COULD NEVER IMAGINE.

I love the church and I love church ministry, but there is no way to describe to you the blessing I have received from the few shorts weeks I have been working with Designs for Hope…and we haven’t even begun to scratch the surface of what God has in store for the Designs for Hope ministry.

If you get a chance, please take a look at the Designs for Hope website (www.designsforhope.org).  We could always use your prayers and support – and who knows, the next time you go on a mission trip, you might want to take a Designs for Hope package with you to the mission field.
Posted by Surrender Daily at 7:11 PM No comments: 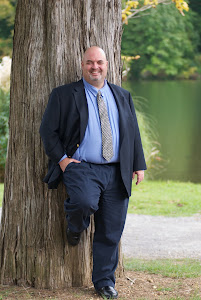 Links to my Sermons and Books

Let us fix our eyes on Jesus, the author and perfecter of our faith, who for the joy set before him endured the cross, scorning its shame, and sat down at the right hand of the throne of God. Hebrews 12:2

To Accomplish My Purpose, I will...


Make time with God a daily priority.
Provide for the physical, emotional, and spiritual needs of my family.
Dedicate myself to the service in which God has placed me.
Constantly prepare for and seek His will regarding the future of my earthly ministry.